A Sampling of Our Client Experiences

Client experiences and benefits from working with MAP vary depending on multiple factors. These factors include your family situation, career stage, income, assets, personal/professional goals, and money personality, to name a few. Here are common scenarios in which we’ve helped our clients, and how we might help you: 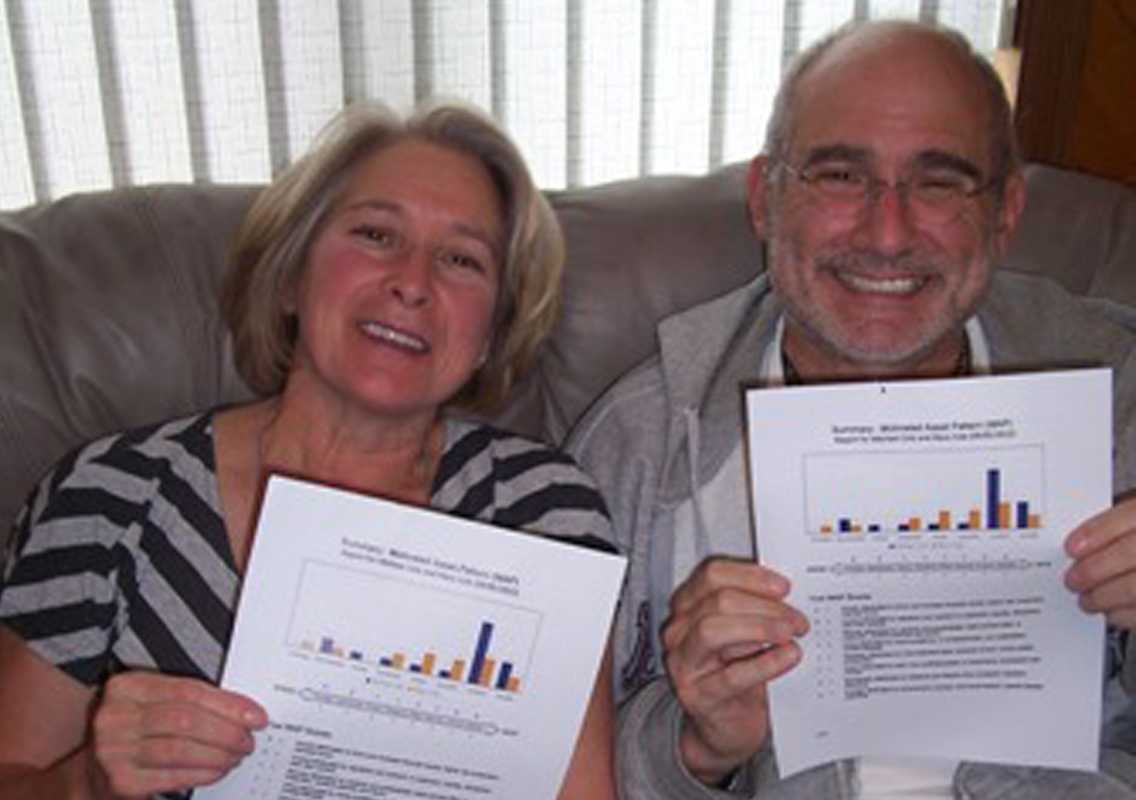 Couples with grown children (or none) pre-retirement

Approach:  When Ron and Lisa came to MAP, they had accumulated a sizable net worth that consisted of retirement plans, some cash, pensions and life insurance values. Their children were young adults who were mostly financially independent but had lived at home some of the time and Ron and Lisa helped them with unusual expenses on occasion.  Ron and Lisa had been diligent in saving and building account values, but had never developed an investment strategy beyond a general philosophy of wanting some growth.

Ron and Lisa also knew they paid significant taxes and were interested to know if it would be possible to decrease their tax burden. They had obtained what they believed was adequate insurance to minimize their risk if they died or were sick or if a disaster or accident occurred, but didn’t know if it had the best available benefits or cost. They had done Wills and basic estate planning when the kids were young, but needed an update to address what would happen with their current wealth.

Outcome: With MAP’s planning assistance and guidance, Ron and Lisa gained a clear picture of their holdings and outflow, as well as sources of income now and in retirement. They also have a strategy for using debt to minimize taxes and keep more money invested longer. With accurate projections provided by MAP, they’re confident they are on track to fund their identified targets of accumulation, and have a joint understanding of their commitments to make this happen. They believe that having a trusted advisor that fully understands their beliefs and objectives will ensure their success while feeling good along the way.

Approach: When Bill and Darlene came to MAP they had decided to stop working and were contemplating when to start Social Security.  Actually, one had started Social Security but they weren’t certain if this was the best choice. They also wondered if their accumulated assets would provide enough income to sustain their preferred lifestyle. They were naturally frugal, but at times had spent on elective items like travel, and helping family members when they were struggling. They also had identified other items like maintenance and updating on their housing and cars that seemed a drain on their resources which caused some anxiety.

Bill and Darlene had not experienced coordinated tax planning that includes what and how investments and Social Security is taxed, or how to position tax obligations over years of retirement to stretch resources. Their insurance coverage had not been thoroughly assessed for years to confirm what benefits were still needed or were missing (at appropriate cost). Their Wills were done, but associated documents addressing incapacitation and how senior-care costs would be covered, and who would assist, were not clearly addressed. Their investments, while relatively safe, were producing less growth than possible with the amount of risk they’d assumed.

Outcome: With MAP assistance and a complete financial plan, Bill and Darlene were able to achieve a higher long-term income with coordinated tax and investment planning, leaving more for their heirs.  They developed a shared vision of their important goals for future spending and lifestyle, and decided how to share surplus wealth while alive, and pass on the remaining wealth at death. They state that having a trusted advisor to coordinate and discuss ongoing financial decisions provides great comfort and an enduring feeling of security.

Couple in 40’s with Children

Approach: When Josh and Jenna came to MAP, they had developed a good financial foundation due to good habits of saving and spending less than they earn. Although they felt comfortable and stable financially, they were unsure how prepared they would be if one of them lost their job, or had a major medical expense. With their children entering high school soon, knowing how to plan efficiently for college expenses was also becoming a more pressing concern. The world of investing was challenging with the myriad of messages in the media that promote fear, sometimes leaving them unable to decide what to do.

Josh and Jenna wanted to save more for their financial objectives, but how much was enough? They wanted to move into a bigger home, but didn’t know if they could afford it without sacrificing other objectives. They knew there were better ways to make their money work harder for them, but were uncertain how. They understood fluctuation in their investment accounts was normal, but they liked the certainty of bank savings. They wanted to know, not just hope, that their financial objectives would come true, and that they could find a balance between spending now and available savings for spending in the future.

Outcome: With MAP’s guidance Josh and Jenna are relieved to fully understand their current financial status and the most important goals to work on. They are aware of the financial strategies that had eluded them for years and wished they had sought professional guidance sooner. As their lives evolve and financial circumstances change, MAP’s ongoing advice and counsel reassures them that they have achieved the optimal balance between saving and spending, and are on track to achieve their goals while enjoying life to the fullest.

Parents with young children (one or both working)

Approach: When Andrew and Sara had children life became a lot more joyful, but also complicated and stressful. In the past they’d spent less than they earned and made progress paying down school loans and saving for emergencies and retirement. But kids are expensive! While each had received promotions and higher incomes over the years, their budget was squeezed from all directions, and it seemed progress was at a standstill.

When Andrew and Sara came to MAP they felt conflicted about all sorts of choices:

They wanted to know what they needed to prioritize and how tofocus and become aware of the questions they should be asking.

Outcome: With MAP’s guidance Andrew and Sara are now mindful of the pieces of their financial puzzle and that the choices are interrelated. They have a specific to-do list so nothing is missed, and they have someone they can count on who knows them well and understands their position.

Andrew and Sara now have strategies for paying down debt, reducing taxes, and planning for expenses in advance. They are saving enough to achieve their goals, both short and long term: education for their children; special events; and retirement.

As life evolves and financial circumstances change, MAP will help evaluate choices and affirm decisions. This ensuresfinancial progress, stress reduction, and feeling good along the way.

Approach: When Larry contacted MAP, he and his wife Laura were ready to send their youngest child to college. Larry had been self-employed for years and revenue was starting to take off. After years of modest income, they felt taxes were going to increase substantially due to higher income, but did not know how much. Although they were patriotic, they did not prefer to pay more taxes than required, and wanted to capture most of the increased earnings for their future spending after they stopped working.

Larry and Laura were disappointed that their accountant and bookkeeper did not provide forward-looking tax strategies. The focus was on tax preparation based on what happened in the past year, rather than on proactive and creative tax reduction strategies. They realized during the MAP planning process that they needed to better understand their business structure and organization in order to improve their outcome for building wealth and continuity. A plan for addressing taxes, insurance, estate organization, and investing strategies was designed and implemented.

Outcome: With MAP’s guidance, Larry and Laura achieved a clear big picture of their current financial status, and which decisions were most important with the greatest financial impact. They were thrilled to find out how much easier it was to hit their annual savings target when they saved substantial taxes. MAP referred them to an accountant who was able to create a more efficient accounting entity and structure, and collaborated with MAP to develop a multi-year tax plan as their income continued to increase.

Larry and Laura are relieved and more confident with a clear plan for all areas of their financial life. They now focus on what’s most important to them – family and growing their business. Ongoing support from MAP ensures they will continue to utilize the best strategies available as they grow and develop at an optimal pace.